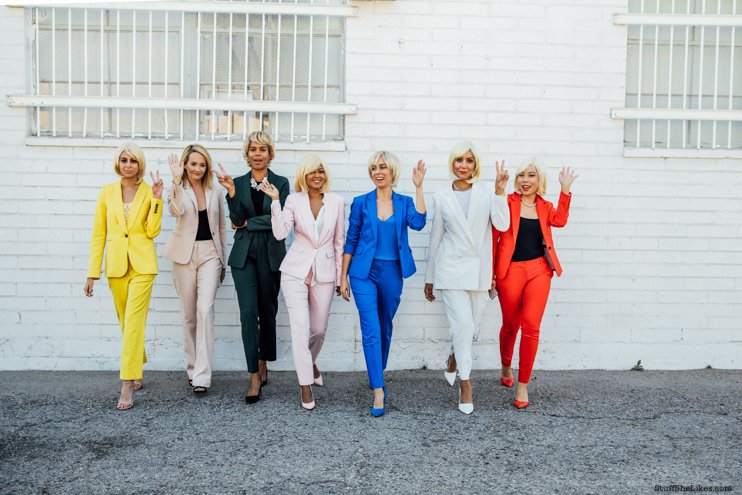 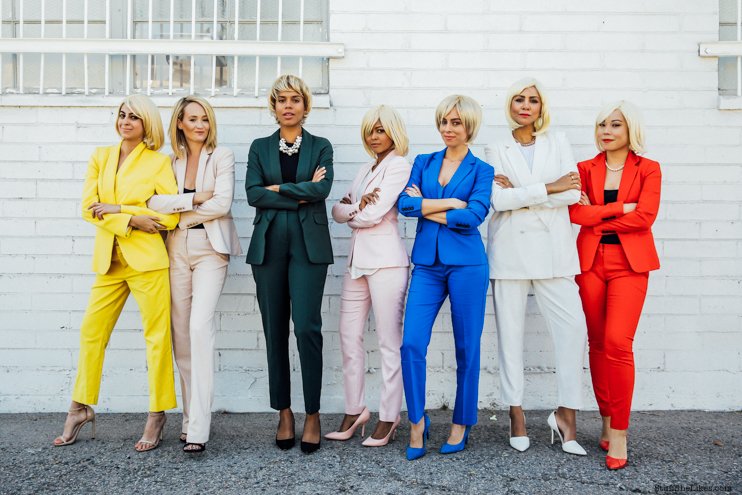 So if any if you have been reading Stuff She likes for a year or more you know that Halloween last year was quite epic.. I will link it at the end of this post because I actually want you to read this one 😉

So of course when my girl Sydne Summer asked me to participate in yet another epic idea of hers I could not say no… and if you follow my Snapchat or Instastories you know that I am monumentally into Politics this election (addicted to CNN and MSNBC)….and that I am monumentally for Hillary Clinton for President of the United States…

Hillary…A Woman (and I capitalize Woman for a reason)  that will not only change the course of history as the first female president in American history but also a Woman who is honestly and genuinely for the rights of all humans no matter their race, gender, religion, sexual orientation, or perceived disabilities (and I say perceived because I believe that we use what we are given and make the best of it and people with disabilities should be treated as amazing humans with super powers because they are .. I have always believed this!)

So here you have it.. 7 very different women of different races, religions, ethnicity’s and some of us from opposites sides if the political parties all coming together as friends, bloggers, and genuine admires of each other with equal respect for our differences and similarities..  Doesn’t really get better than that right!!

Okay now that I have pounded that into your head.. Let’s chat costumes..

…here is the trick.. you can create this costume for literally under $20 bucks.. Shop from your closet for the suit and buy the wig..because I am pretty sure most of us don’t have a blog bobbed wig laying around.   Some of us in this photo already had suits.. I took a simple pair of white pants and white blazer from my closet and wore them together..Voila.. white suit!  (see the links at the beginning of the post for wig options.. Hillary has had a few different hair styles)

This Hillary Clinton is just about the easiest DIY you can do..
Monochrome suit.. shoes… just ass blonde wig.. and bam.. you are
Hillary.. and what a better costume for 2016!

Alright.. now that all the logistics are out of the way..

Get out there, do some serious research and VOTE!!  FOR HILLARY!    This is the most important election of our lifetime!

Don’t for get to check out all the amazing ladies in this post Ashley,  Elaine , Sheryl, Sydne, Grasie & An.. 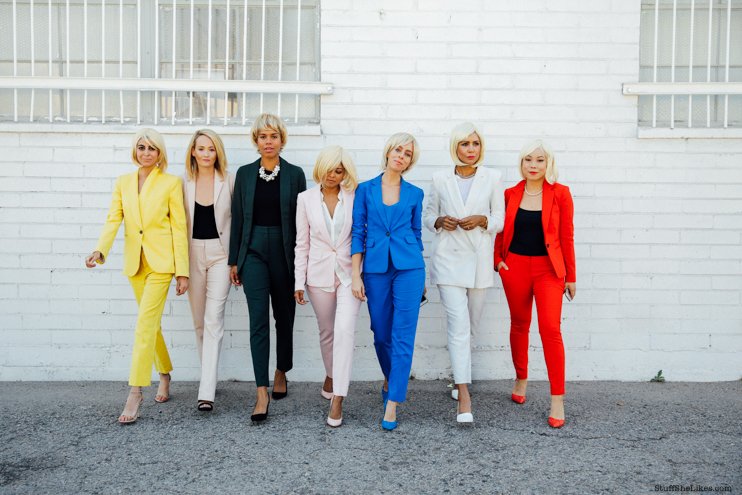 Okay as promised.. last years Beyonce and Nikki Minaj form the Feeling Myself Video with myself and Sydne Summer.. HERE 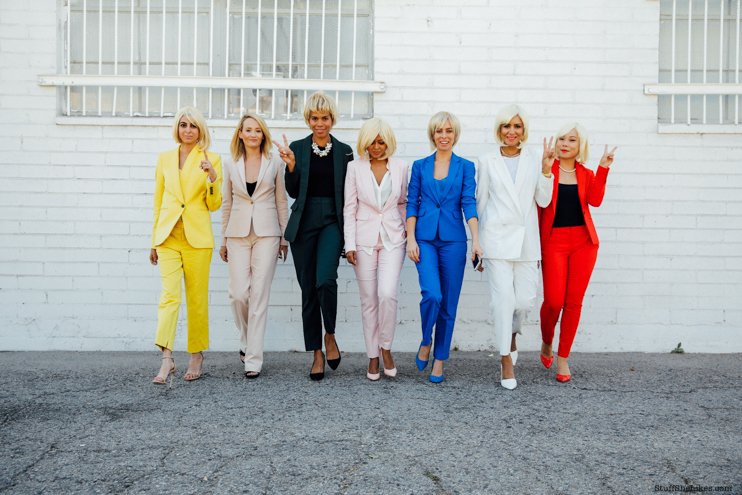 I ♥ LA… How to start dressing…