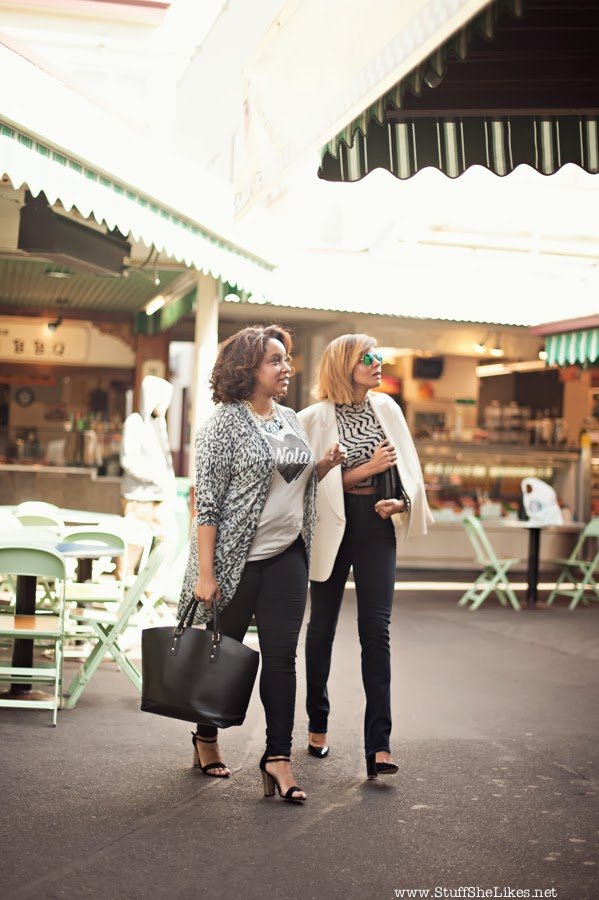 Every year people from all over the world gather upon New Orleans to celebrate Mardi Gras.. other wise known as Fat Tuesday!  ..And every year the Creole population of Louisiana celebrate right along side them.   The last Hooray before fasting or giving up something they love for 40 days.

I don’t often speak about being of Creole descent.. so many people don’t know..

What is Creole you ask..?

Simply put,  Creole people from Louisiana are a mixture of people of  French, Native American and African decent dating back to the 1600’s.   More often than not children of Creoles would marry other children of Creoles.. creating an entire culture of mixed people who mixed the traditions from all three cultures mentioned above.  That’s why the food is so darn good! 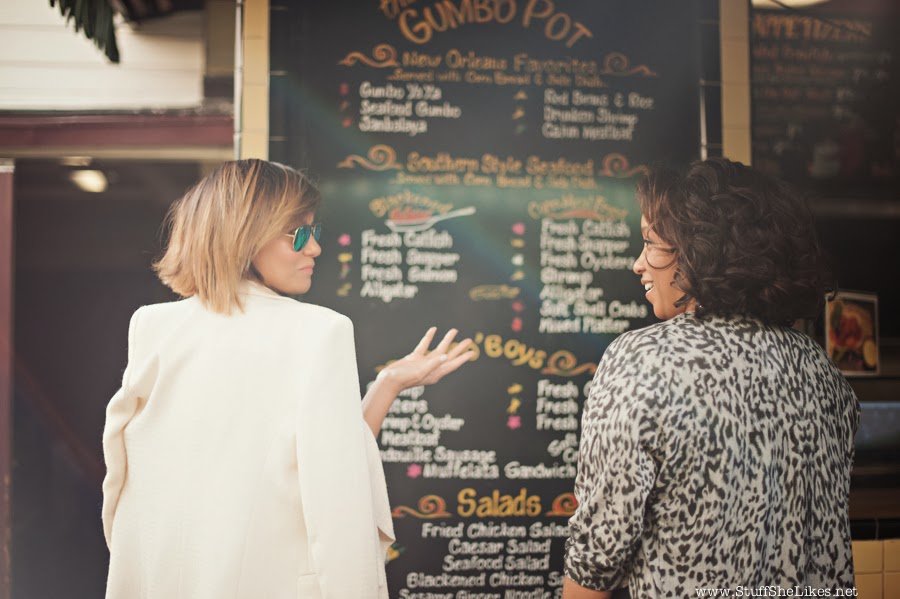 That’s where
Miss Kriten Turner and I come in.. We could not pass up the opportunity to dig into our roots with a little creole food at the Farmers Market and a sweet post for you on Fat Tuesday.  We may not be in New Orleans.. but with Gumbo, Red Beans and Rice and some Fried Okra Hush Puppies we brought New Orleans to us!

Now no one can make Creole food like my Grandma,  but I have to say.. The Gumbo pot did not disappoint..  The red beans were great and the fried okra was killer!

And just as they have done for the past 25 years the Farmers Market will celebrate Mardi Gras from 6:30-9:30pm on the West Patio..

So grab a Po Boy Sandwich and get to celebrating.. 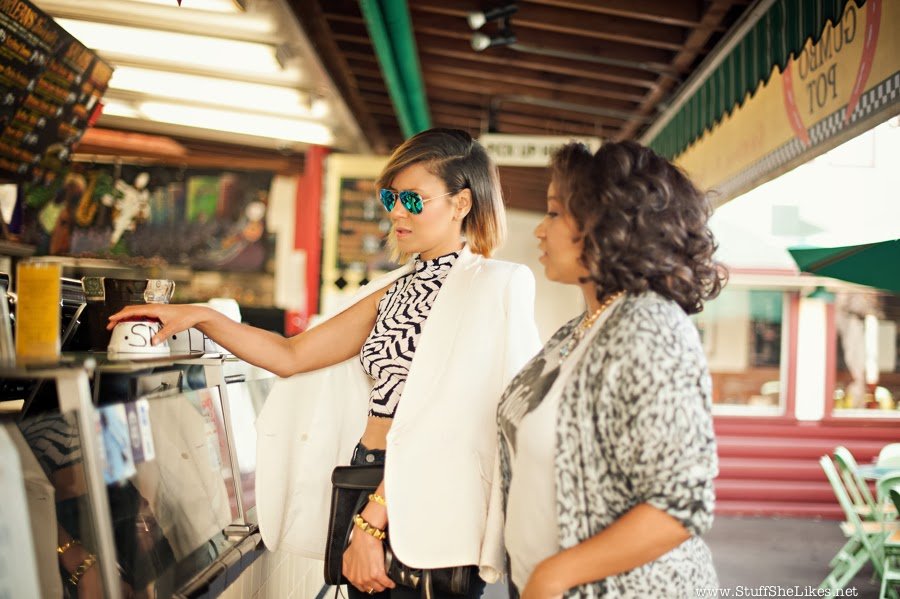 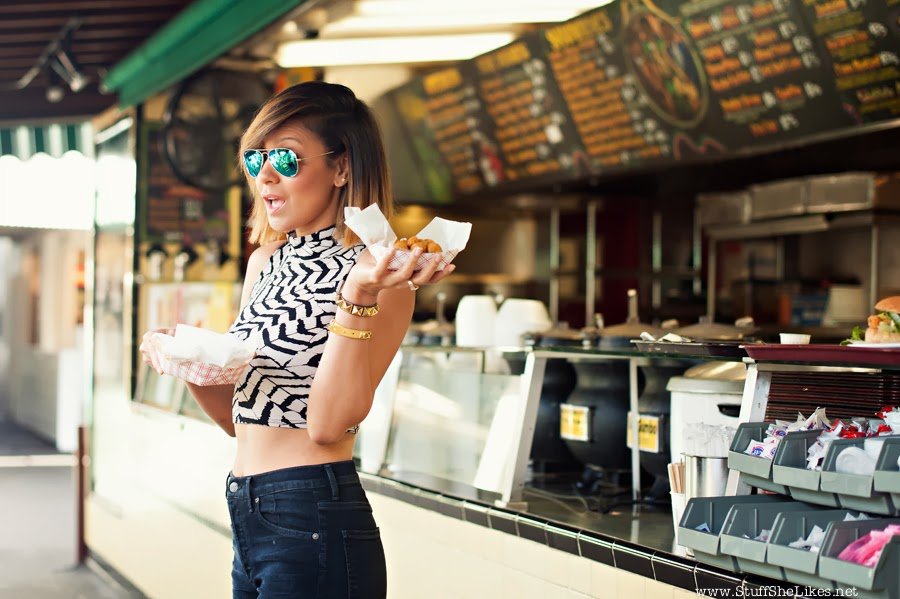 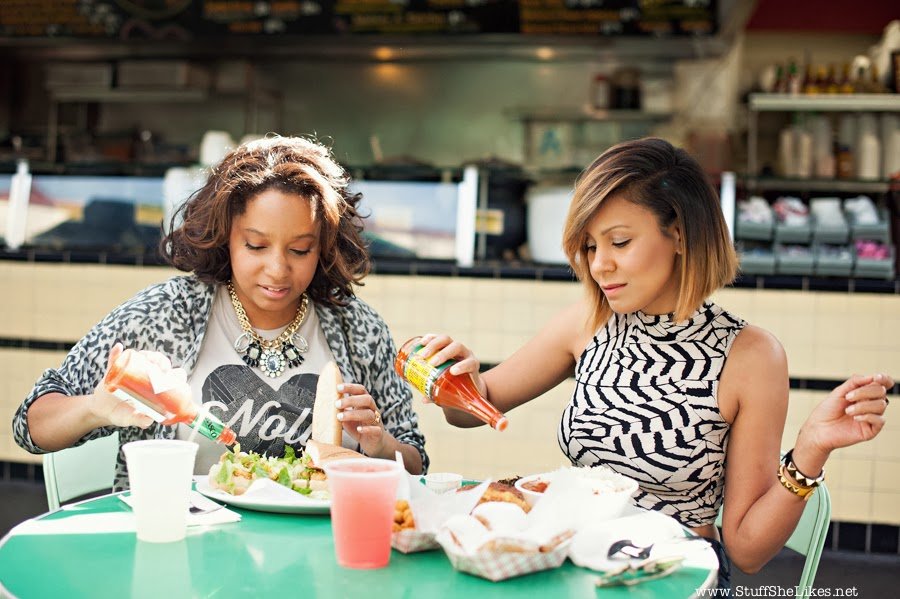 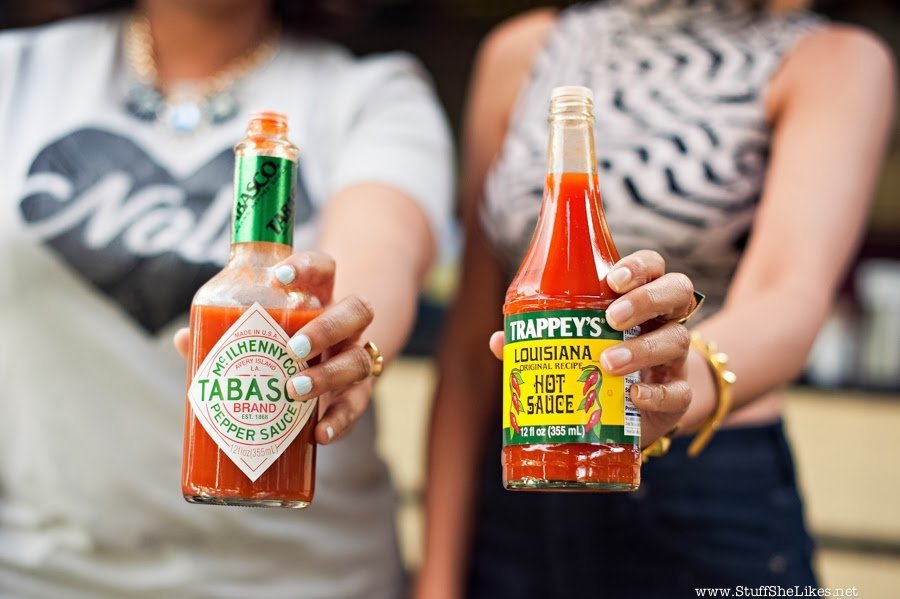 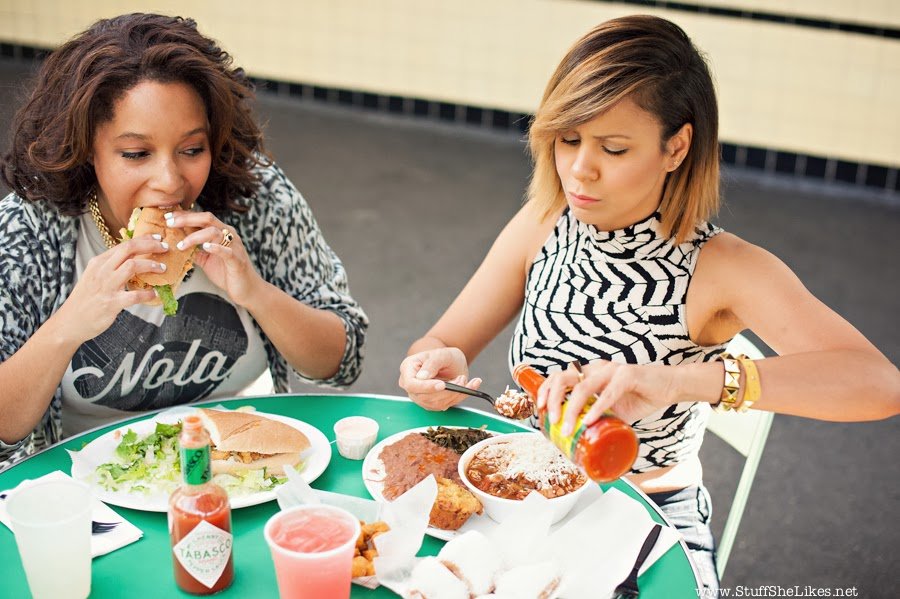 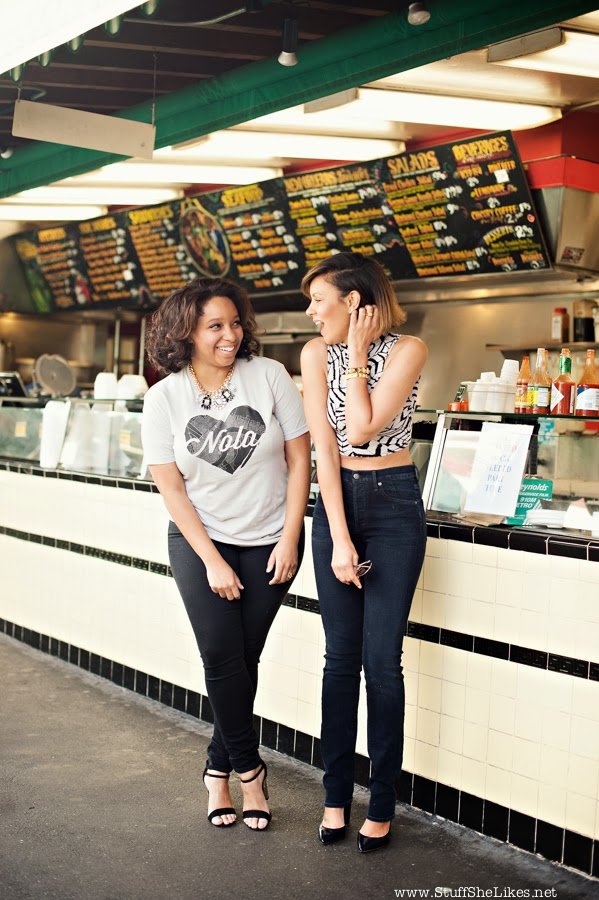 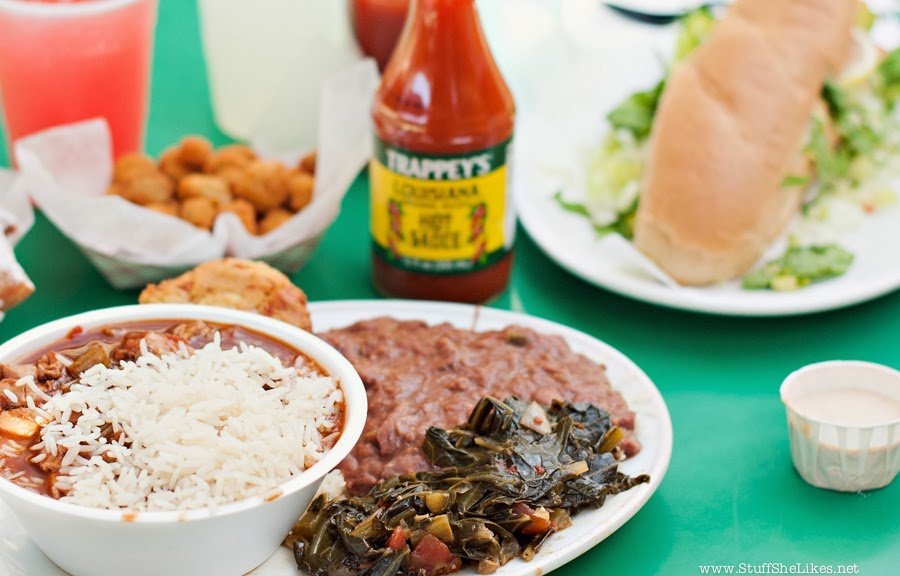 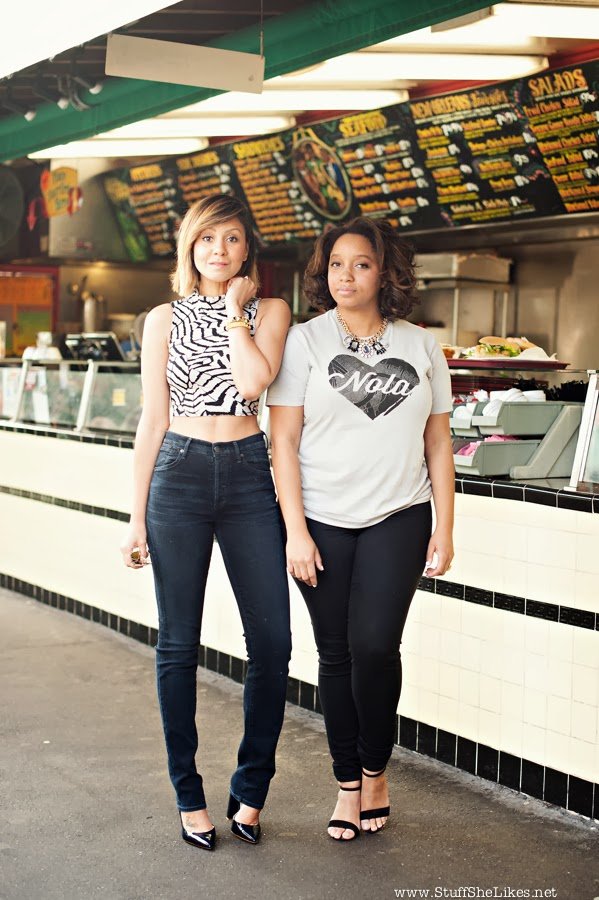 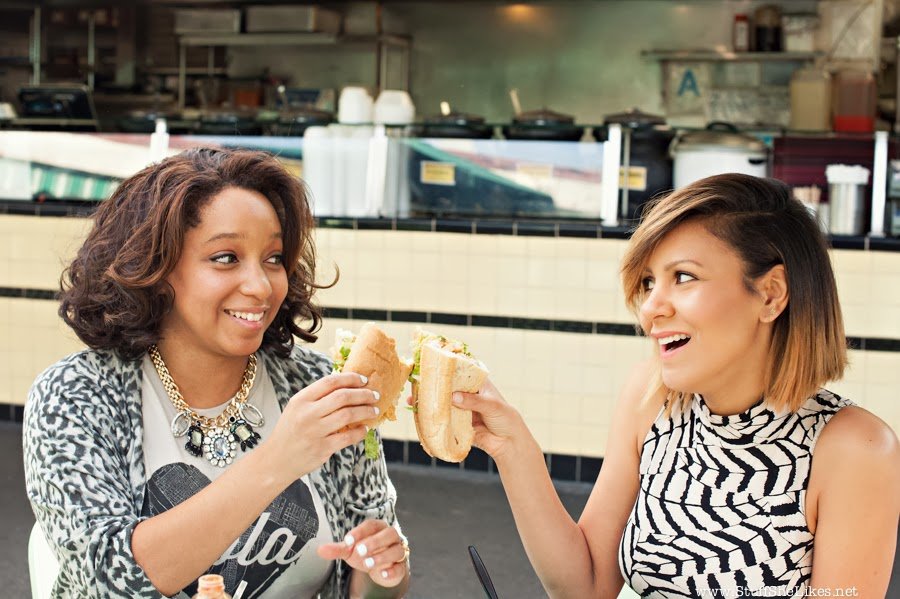 Mixing Textures, Patterns and Color in One…