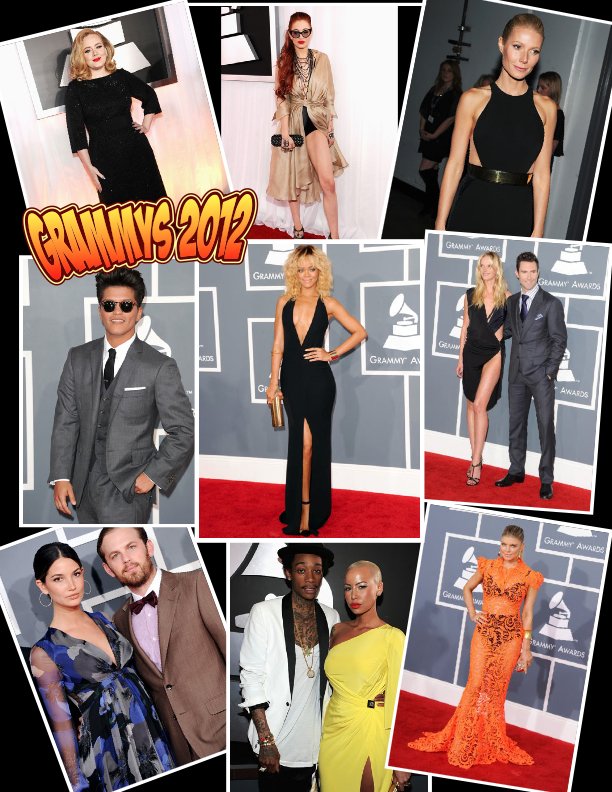 Some Unlikely Hero’s on my list for this years Grammy’s..
Okay a little back story for what the hec I mean by that..
Some years ago I was the student of a magnificent acting coach named Milton Katselas..  If you are unsure who he was just use that little tool we love called Google..
Anyhow…
..A lot of what we were taught by Milton had more to do with attitude and self worth than just making it..don’t get me wrong.. we learned some stellar acting techniques.. but he had a little section in the teaching that always stayed with me called Unlikely Hero’s..this was a list of actors that made it…despite not being what the powers that be would call superstars..
Anyhow..
..I use his slightly winded explanation to say that some of my favorites on the Grammy red carpet this year were not really what everyone else may have swooned after..
Quick example..
I generally would not put Amber Rose and Wiz Khalifa on any list..Let alone a best dressed one..but I rather thought they looked really amazing together.. Super appropriate..
I kind of feel like a lot of the attendees this year were way-hay-hay over dressed..
Oh come on.. you know you were thinking he same thing..
My Grammy 2012 picks..I “Like”
Taye 😉
Share: