An night at The Roosevelt.. 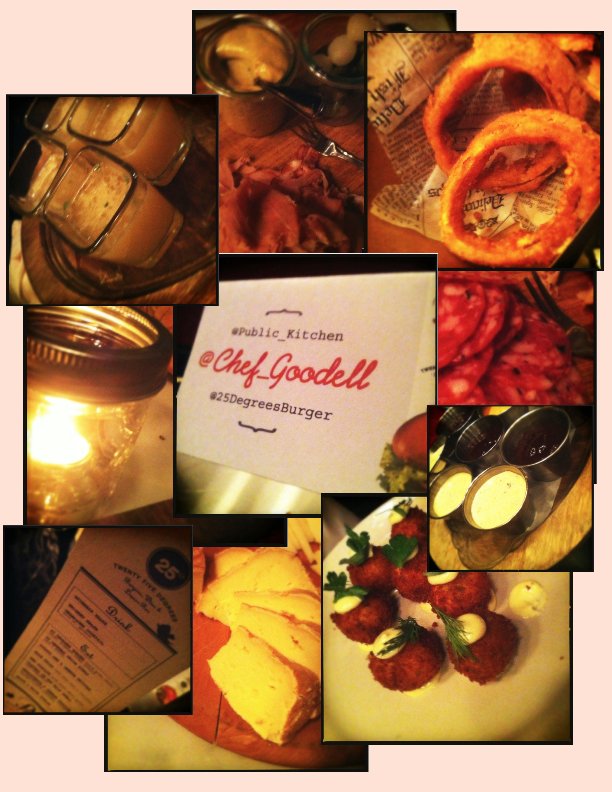 Last week I was introduced to a place that I have already met a million times..
Allow me to explain..
In los Angeles there lies Hollywood …  In Hollywood there lies The Roosevelt…  In the Roosevelt there lies a lobby.. and right off that lobby there lies Public Kitchen..
and in the Public Kitchen last Tuesday there stood about 30 bloggers who I am  pretty sure were all thinking the same thing..
OMFG!
This was my state of mind last Tuesday night.. as I Indulged  in some ridiculously tasty appetizers.. cheese.. charcuterie.. burgers.. kale salad.. potato and three cheese fritters.. sea scallops.. onion rings and and something that I simply can’t get out of my mind..
The Guinness Shake
(not pictured because I was too busy drinking them)
Who new that right there at the beginning of the Hollywood strip such tasty jewels where hiding in plain site..
P.S.  I plan on returning with the Nikon.. This food deserves better visuals 🙂
Tasty treats at the Roosevelt Hotel… I “Like”
Taye 😉

How to Style Bell Sleeves for Happy…