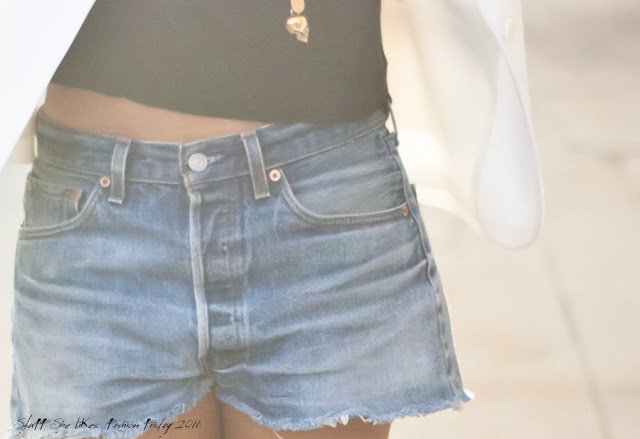 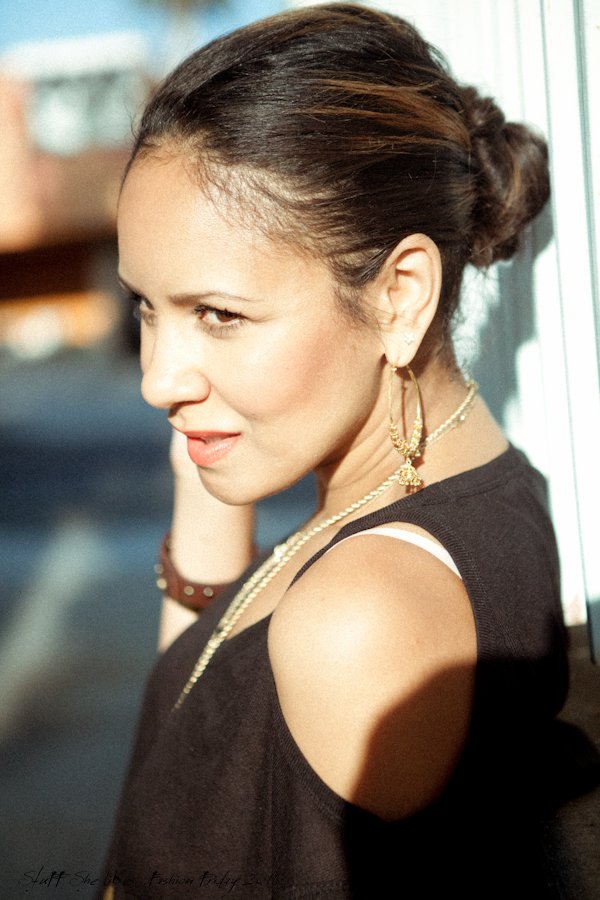 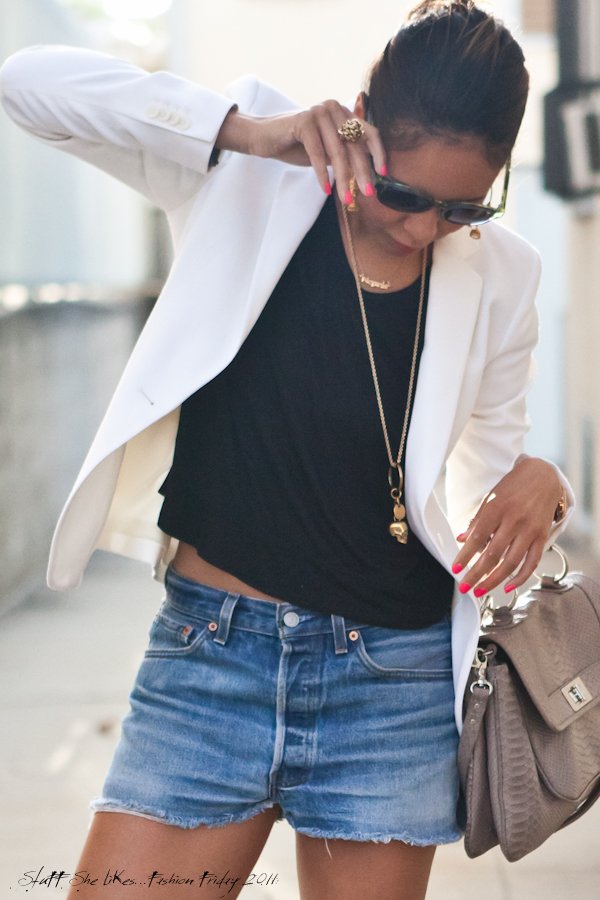 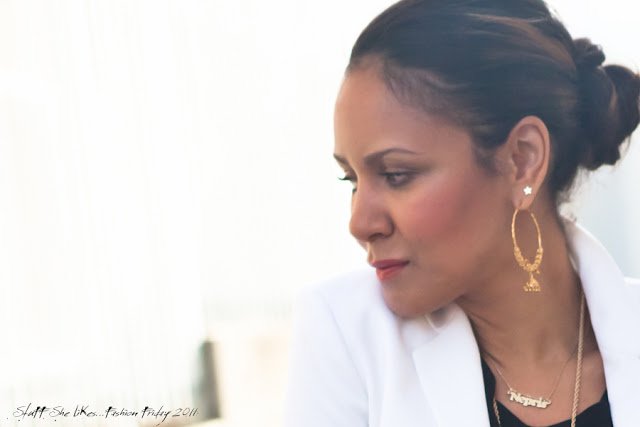 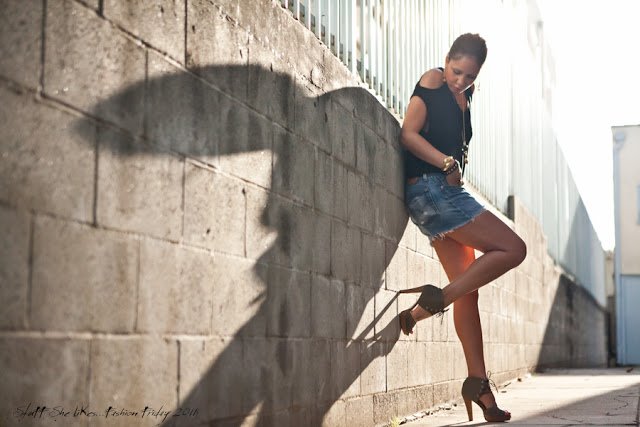 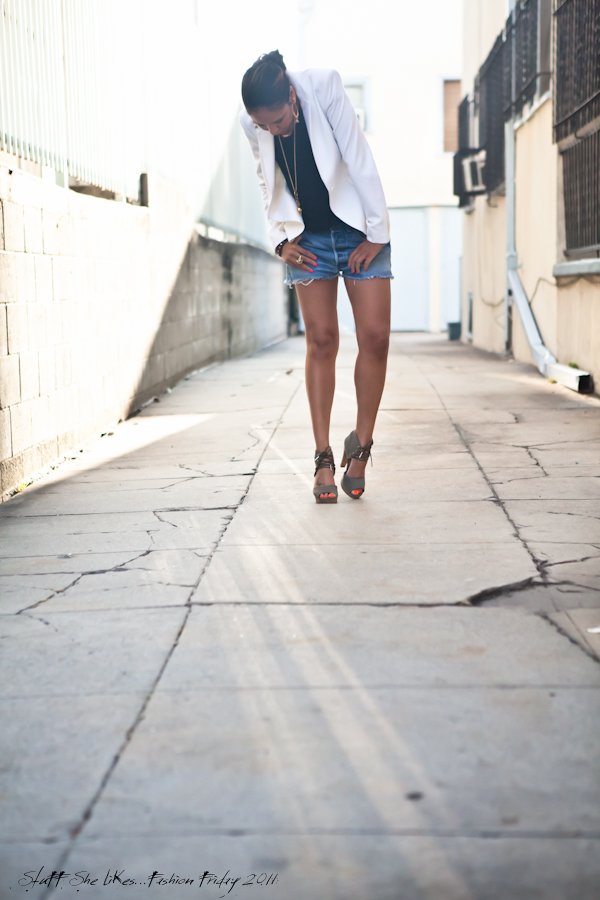 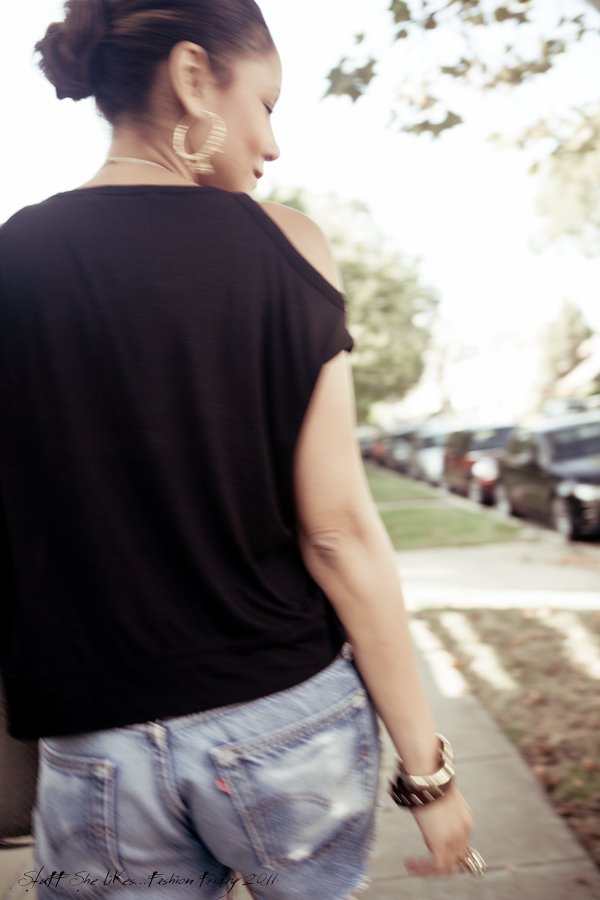 These shorts have pretty much been my staple since I bought them.. I wear them on a weekly basis.. weather its to clean the house..run an errand or consume eats at a dinner party.  Well worth the whopping $26 or so bucks I paid for them..   Previously seen here

I had been searching for a nice tailored white blazer for a while. Are there no great tailored blazers out there under $400?  I think I may have found the last one..And It was on sale! I have another one but its really boxy..it gets no less adoration than this one will.. The are just different. 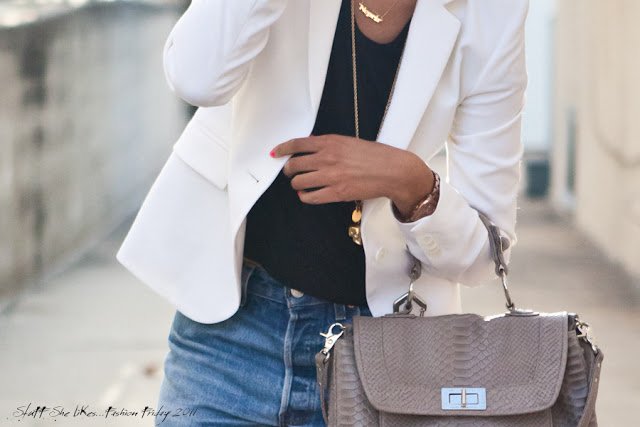 The Alexander Wang Tee..  A prize purchase.. not because it is so one of a kind, or that it was so super expensive..or even that I had been wanting it.. it’s prized because it is the last purchase I made from Diavolina before it closed down (sniffles).. That came as a shocker.. no one knew they were closing. went one day and it was gone..imagine the horror on my face. 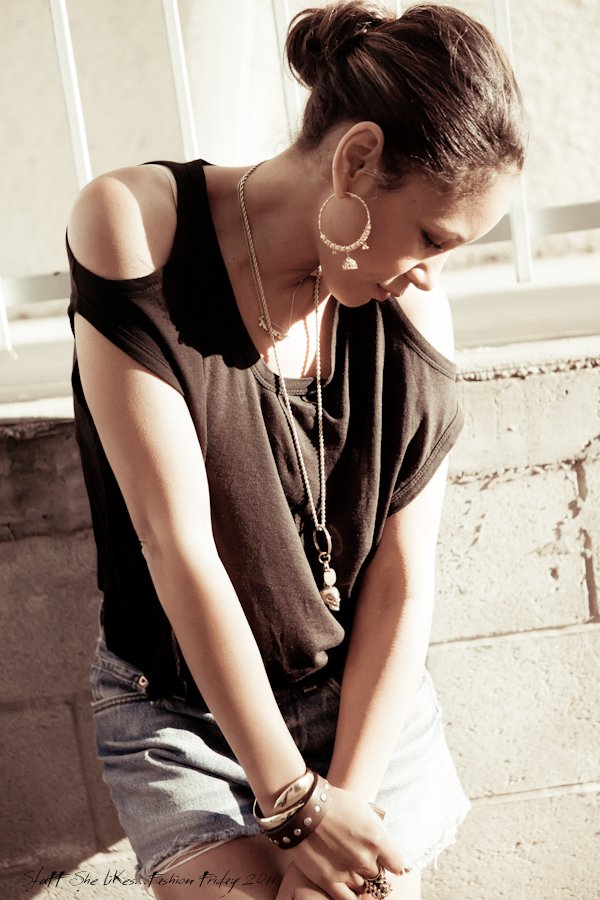 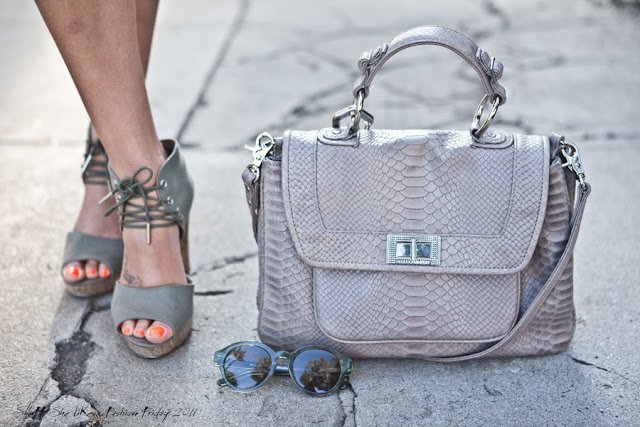 I hope you all have a great weekend..
White blazers and casual cut offs… I “Like”
Taye 😉

Jason Gurvitz
Most of Jason’s work has focused on people in marginalized areas of the world and most recently at the Black Lion Hospital in Ethiopia. He has also produced films in Spain, Colombia, and the US, through his production company Green Dog Films

You can view some of his photography work here: www.jasongurvitz.com

This is not a Food, Fashion or…